Every day is a Bank account and Time is our currency, no one is rich no one is poor we’ve got 24 hrs each.

Money may not buy happiness But I’d rather cry in a Jaguar than on a bus.

It’s not the money I’m after. It’s freedom. My goal is to live life on my own terms.

Wealth is the ability to fully experience life.

It’s not your salary that makes you rich, it’s your spending habits.

Money behaves like a person, it is attracted to people who respect it.

If your dreams don’t scare you, they aren’t big enough.

Money can’t buy happiness, but it certainly is a stress reliever.

There is a gigantic difference between earning a great deal of money and being rich.

Money is usually attracted, not pursued.

A simple fact that is hard to learn is that the time to save money is when you have some.

Dreams don’t work unless you do.

Money is the wise man’s religion.

Money is always a great clue to what is happening in the world.

Money is our madness, our vast collective madness.

There are a thousand ways to wealth, but only one way to heaven.

Your money is your power and each time you spend it. It’s a vote for something, so make it count.

Money won’t create success, the freedom to make it will.

It may be that those who do most, dream most.

Money is only a tool. It will take you wherever you wish, but it will not replace you as the driver.

That man is the richest whose pleasures are cheapest.

When a fellow says it ain’t the money but the principle of the thing, it’s the money.

Too many people spend money they earned..to buy things they don’t want..to impress people that they don’t like

Wealth consists not in having great possessions, but in having few wants.

Money often costs too much.

Every day is a bank account, and time is our currency. No one is rich, no one is poor, we’ve got 24 hours each.

It’s how you deal with failure that determines how you achieve success.

Frugality includes all the other virtues.

I love money. I love everything about it. I bought some pretty good stuff. Got me a $300 pair of socks. Got a fur sink. An electric dog polisher. A gasoline-powered turtleneck sweater. And, of course, I bought some dumb stuff, too.

An investment in knowledge pays the best interest.

Opportunity is missed by most people because it is dressed in overalls and looks like work.

What we really want to do is what we are really meant to do. When we do what we are meant to do, money comes to us, doors open for us, we feel useful, and the work we do feels like play to us.

I never attempt to make money on the stock market. I buy on the assumption that they could close the market the next day and not reopen it for ten years.

A nickel ain’t worth a dime anymore.

Money never made a man happy yet, nor will it. The more a man has, the more he wants. Instead of filling a vacuum, it makes one.

Many people take no care of their money till they come nearly to the end of it, and others do just the same with their time.

Money is only a tool. It will take you wherever you wish, but it will not replace you as the driver.

Financial peace isn’t the acquisition of stuff. It’s learning to live on less than you make, so you can give money back and have money to invest. You can’t win until you do this.

Happiness is not in the mere possession of money; it lies in the joy of achievement, in the thrill of creative effort.

Empty pockets never held anyone back. Only empty heads and empty hearts can do that.

You can only become truly accomplished at something you love. Don’t make money your goal. Instead, pursue the things you love doing, and then do them so well that people can’t take their eyes off you.

If money is your hope for independence you will never have it. The only real security that a man will have in this world is a reserve of knowledge, experience, and ability.

If all the economists were laid end to end, they’d never reach a conclusion.

How many millionaires do you know who have become wealthy by investing in savings accounts? I rest my case.

I made my money the old-fashioned way. I was very nice to a wealthy relative right before he died.

Innovation distinguishes between a leader and a follower.

The real measure of your wealth is how much you’d be worth if you lost all your money.

Money is a terrible master but an excellent servant.

Try to save something while your salary is small; it’s impossible to save after you begin to earn more.

Wealth is the ability to fully experience life.

The individual investor should act consistently as an investor and not as a speculator.

I’m a great believer in luck, and I find the harder I work the more I have of it.

You must gain control over your money or the lack of it will forever control you.

Investing should be more like watching paint dry or watching grass grow. If you want excitement, take $800 and go to Las Vegas.

Every time you borrow money, you’re robbing your future self.

Never spend your money before you have it.

The stock market is filled with individuals who know the price of everything, but the value of nothing.

Wealth is not his that has it, but his that enjoys it.

If you don’t value your time, neither will others. Stop giving away your time and talents. Value what you know & start charging for it.

Here’s to the crazy ones. The misfits. The rebels. The troublemakers. The round pegs in the square holes. The ones who see things differently. They’re not fond of rules. And they have no respect for the status quo. You can quote them, disagree with them, glorify or vilify them. About the only thing you can’t do is ignore them. Because they change things. They push the human race forward. And while some may see them as the crazy ones, we see genius. Because the people who are crazy enough to think they can change the world, are the ones who do.

The habit of saving is itself an education; it fosters every virtue, teaches self-denial, cultivates the sense of order, trains forethought, and so broadens the mind.

If you live for having it all, what you have is never enough.

It is time for us to stand and cheer for the doer, the achiever, the one who recognizes the challenge and does something about it.

It’s not the situation, but whether we react (negative) or respond (positive) to the situation that’s important.

A successful man is one who can lay a firm foundation with the bricks others have thrown at him.

Let him who would enjoy a good future waste none of his presents.

Courage is being scared to death, but saddling up anyway.

Twenty years from now you will be more disappointed by the things that you didn’t do than by the ones you did do.

It is our choices, that show what we truly are, far more than our abilities.

The successful warrior is the average man, with laser-like focus.

Develop success from failures. Discouragement and failure are two of the surest stepping stones to success.

Don’t let the fear of losing be greater than the excitement of winning.

You can’t connect the dots looking forward; you can only connect them looking backward. So you have to trust that the dots will somehow connect in your future. You have to trust in something – your gut, destiny, life, karma, whatever. This approach has never let me down, and it has made all the difference in my life. –Steve Jobs Let no feeling of discouragement prey upon you, and in the end, you are sure to succeed.

If your ship doesn’t come in, swim out to meet it!

People often say that motivation doesn’t last. Well, neither does bathing – that’s why we recommend it daily.

A real entrepreneur is somebody who has no safety net underneath them.

As long as you’re going to be thinking anyway, think big.

The only place where success comes before work is in the dictionary.

Success is walking from failure to failure with no loss of enthusiasm.

Without continual growth and progress, such words as improvement, achievement, and success have no meaning.

If plan A fails, remember there are 25 more letters.

Do not go where the path may lead, go instead where there is no path and leave a trail.

A journey of a thousand miles must begin with a single step.

Do the one thing you think you cannot do. Fail at it. Try again. Do better the second time. The only people who never tumble are those who never mount the high wire. This is your moment. Own it.

Believe you can and you’re halfway there.

The Stock Market is designed to transfer money from the Active to the Patient.

I’m only rich because I know when I’m wrong…I basically have survived by recognizing my mistakes.

Persist – don’t take no for an answer. If you’re happy to sit at your desk and not take any risk, you’ll be sitting at your desk for the next 20 years.

If you took our top fifteen decisions out, we’d have a pretty average record. It wasn’t hyperactivity, but a hell of a lot of patience. You stuck to your principles and when opportunities came along, you pounced on them with vigor.

When buying shares, ask yourself, would you buy the whole company?

If you have trouble imagining a 20% loss in the stock market, you shouldn’t be in stocks.

My old father used to have a saying: If you make a bad bargain, hug it all the tighter.

It takes as much energy to wish as it does to plan.

The four most expensive words in the English language are, ‘This time it’s different.’

I’d like to live as a poor man with lots of money.

Fortune sides with him who dares.

Wealth is like seawater; the more we drink, the thirstier we become, and the same is true of fame.

If we command our wealth, we shall be rich and free. If our wealth commands us, we are poor indeed.

No wealth can ever make a bad man at peace with himself.

My formula for success is to rise early, work late, and strike oil.

Earn with your mind, not your time When Someone Is Lying and You Know the Truth Quotes 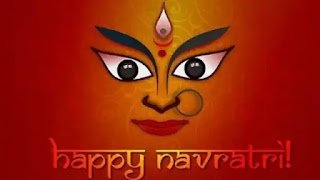 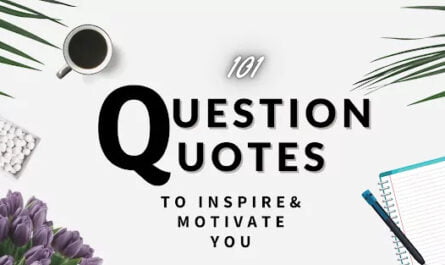 101 Question Quotes to inspire & motivate you