Of course, there are no film clips of the first person to walk upright. So, how do you think archaeologists try to figure out how people migrated in the past? Who invented walking? How did they get this idea?

This is quite researchable and sort of impossible topic to discuss.

But fortunately, the structure of a creature’s bones and how they fit together can reveal how that creature’s body moved when it was alive. Anthropologists can also unearth evidence of ancient people’s walking patterns in the landscape.

The first bones of an undiscovered human were discovered in Ethiopia in 1994. Ardipithecus ramidus, called “Ardi,” was the name given to the new discovery by the anthropologists who discovered the remains. Over the next ten years, moreover, 100 Ardi’s species fossils were discovered, with ages ranging from 4.2 million to 4.4 million years.

Scientists discovered certain traits in this collection of bones that showed bipedalism. The foot, for example, possessed a structure that allowed for the toe push-off that we have today but that four-legged apes lack. The shape of the pelvic bones, the position of the legs under the pelvis, and the fit of the leg bones all suggested upright walking.

It’s possible that Ardi didn’t walk exactly how humans do now, but bipedalism as a mode of transportation appears to be present in these 4.4 million-year-old fossils.

Anthropologists have previously discovered the virtually entire skeleton of a hominid species that lived around a million years after Ardi in Ethiopia.

They named it Australopithecus afarensis, which means “southern ape from the afar region” in Latin since it resembled other fossils found in southern and eastern Africa. Because this person was female, they called her “Lucy” after a Beatles song that was popular at the time.

Many additional fossils from this species – over 300 individuals – have been discovered, and scientists now know a lot about Lucy and her relatives.

Lucy had a partial but well-preserved pelvis, which anthropologists used to determine her gender.

She walked upright on two legs because her pelvic and upper leg bones came together in a way that revealed she walked on two legs. Although no foot bones were discovered, later finds of A. Afarensis did include feet, indicating bipedal movement.

Scientists discovered more surprising evidence for how Lucy’s species traveled at the Laetoli site in Tanzania, in addition to fossil remains.

Anthropologists discovered fossilized footprints in what had formerly been a moist surface of volcanic ash beneath a layer of volcanic ash dating back 3.6 million years.

The footprints stretch for about 100 feet, with 70 separate prints indicating at least three people walking upright on two feet. The makers were most likely Australopithecus afarensis, based on the projected age.

The traces show that these hominids walked on two legs, however, their posture appears to differ from ours today. Nonetheless, Laetoli presents significant evidence for 3.5 million-year-old bipedalism.

It wasn’t until 1.8 million years ago that a hominid appeared in Africa with a physique so similar to ours that we can say it walked like us. Homo erectus was the first species to have long legs and short arms, allowing us to walk, run, and move over the Earth’s landscapes as we do today.

They also had a significantly larger brain than earlier bipedal hominins and created and utilized Acheulean implements, which were stone tools. Homo erectus is a near relative and an early member of our own genus, Homo, according to anthropologists.

As you can see, the development of human walking took a long time. It first appeared in Africa about 4.4 million years ago, long before the invention of tools.

Why did hominins walk upright in the first place? Perhaps it allowed them to see predators more clearly or move quicker, or perhaps the environment had changed and there were fewer trees to climb like earlier hominins.

In any event, early in their evolutionary history, humans and their ancestors began to walk. Despite the fact that bipedalism existed before tool-making, an upright posture liberated the hands to create and utilize tools, which eventually became one of the distinguishing characteristics of individuals like us. 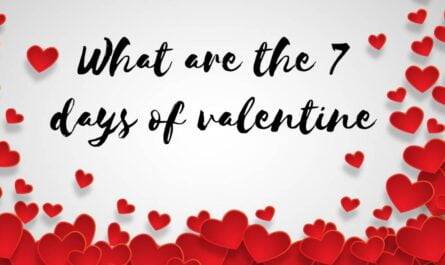 What are the 7 days of valentine 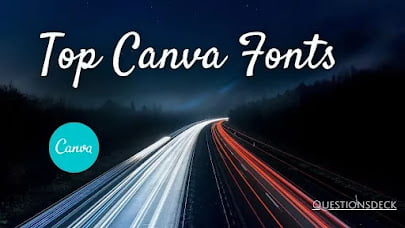 Top Canva Fonts you should use in your designs