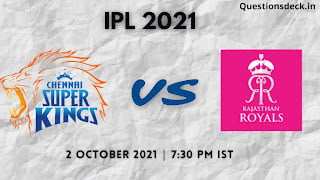 You can watch live RR vs CSK  IPL 2021 today on the Star Sports channel at 7.30 pm IST which is going to be held in Sheikh Zayed Stadium, Abu Dhabi, United Arab Emirates. You can also watch this match live at Disney plus Hotstar.

The match between Chennai and Rajasthan is a little different because Chennai has already qualified for the playoffs and appears to be a lock to finish in the top two. Rajasthan, on the other hand, has lost three games in a row and now needs to win all three of their remaining games to have a chance of making the playoffs. Apart from Evin Lewis, who has provided them some decent starts while opening the batting, their captain, Sanju Samson, appears to be a lone warrior for them so far as their overseas players have failed to deliver. The top of the order has started, but the middle and lower middle-order hitters have yet to show up. Riyan Parag, Mahipal Lomror, and Yashasvi Jaiswal are examples of young people who need to pull their socks up and start turning their ideas into reality. Chris Morris, the most expensive signing in the 2021 edition, has gone wicketless in all three games he has played in the second leg, which has been a source of anxiety for them. Liam Livingstone came into the second leg with a lot of hype, but he’s struggling on these sluggish tracks as well. Glenn Phillips and David Miller, for example, are warming the bench and could see action in the final games. Kartik Tyagi and Mustafizur Rahman have done well with their bowling, but the other bowlers have not contributed much and have allowed runs. Sanju Samson, their captain, would be hopeful that his colleagues give it their all in the next three games and work together to stay alive.

Sheikh Zayed Stadium is an Abu Dhabi multi-purpose stadium. A total of $2.5 million was spent on the stadium’s construction. It has a capacity of 20,000 people and is well-equipped. The stadium, which is a newer venue in Sharjah, has floodlights. In April of 2006, India and Pakistan played a ‘Friendship Series.’ 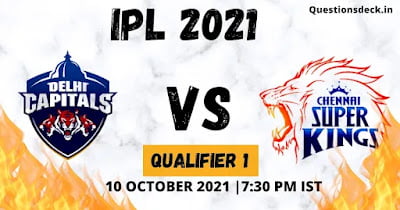